It was a Wednesday.  I was just facebooking to while away the day when  my friend Reginald posted on my wall, congratulating me for attaining the Best Thesis Award for this semester. I replied in jest saying thanks. I thought he was just horsing around but when my friend Janu messaged me confirming Reggie’s post, I was overwhelmed. I jumped around the living room for some time.  I was really in a sad point in my life due to the depressions brought about my situation. I was like a zombie before I heard the news.  Robert, my thesis companion, was the one who took the recognition on stage. I could not come because I was in Dagupan during that time.

For this I just want to thank the Almighty God for all the blessings He’s giving me everyday.  I admit I take some it for granted. Laus Deo Semper,i.e., ‘Give God all the glory always’. Also, I want to thank my loving guardians, uncle Doey and aunt Rubie Chengay, for being there when I'm in need of a haven. .
Ipinaskil ni Helios Narcissus sa 12:27 AM Walang komento:

The idea for this game was conceived during the submission of thesis proposals. Initially, we thought of developing an arcade-like game. That means violence would be involved since it would include fighting scenes. Unfortunately, sir VAA did not approve of it (he doesn’t encourage violence) so we had to get rid of Rock Domination and think of other mobile game instead.

It so happened during this time that I was fond of playing Reader’s Digest Super Word Power. I’ve played Text Twist before but RDSWP is a lot better because it included definitions to the anagrams. Hence, I find it more educational. As team leader, I suggested that my groupmates and I create a word game like Text Twist and RDSWP but add a twist by using Pangasinense language instead. My comrades concurred with my suggestion and the planning phase ensued.  During this phase I drew a lot of sketches on how the game would look like. I wanted to visualize it before commencing on programming codes. Even now, this is how I approach my projects.

While I was busy with planning I was also learning the CORONA SDK platform. It’s a cross-platform mobile development tool that uses the Lua programming language. Coming from a background of C++ development, I found Lua user friendly and easy to learn. You just have to devote sometime. Learning through examples sped up my learning as I was able to see how the commands and functions worked. During this time I met a programmer online named Peach Pellen. Her site helped a lot for someone learning the ropes of CORONA. I got to chat with her in facebook too. Too bad she had to leave CORONA in the months to follow.

Numa Numa came from the phrase “Nunut Mu Ah” or in English, “Think about it”. We took the initial letters and combined them to form the name of our mobile word game.  Our game had two primary goals:

1.       To preserve the Pangasinan language. With the prevalence of the western influence sinking deep in our generation and the effects of digital technology the younger generation might someday abandon their identity as Pangasinense speaking people. This game helps increase their Pangasinense vocabulary.

2.       To promote Pangasinan. According to the reports that I’ve read from Rappler, 1 out of 4 Filipinos now have a smartphone. If we can port this game to smartphones, it can ride the wave of digital technology sweeping across our country. This mobile game also includes beautiful sceneries from Pangasinan that visitors can expect to see when they visit the province.
Ipinaskil ni Helios Narcissus sa 12:10 AM Walang komento: 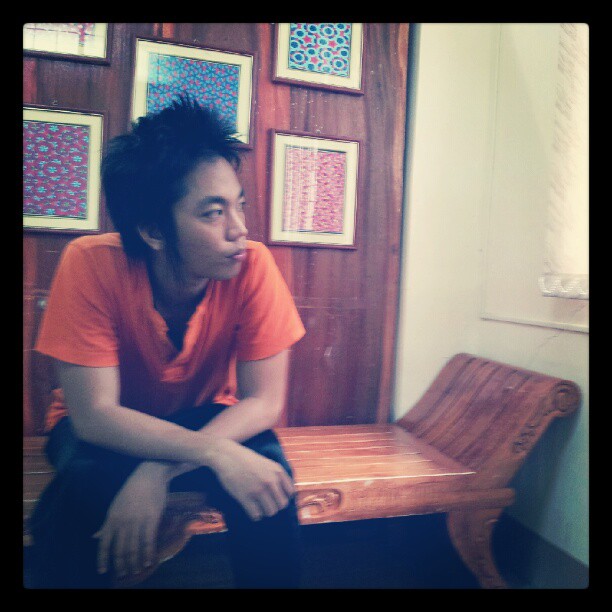 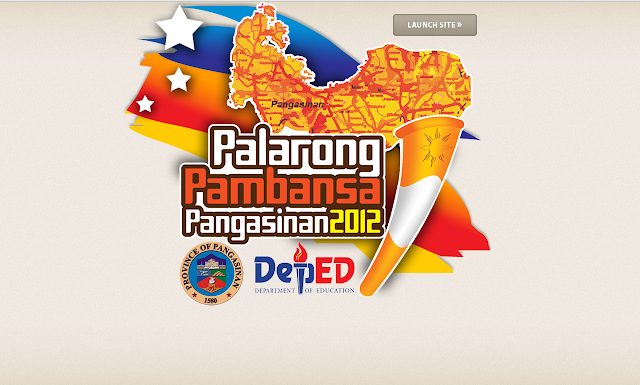 What happens if all the dining customers of Jollibee suddenly rushes for the CR, all at the same time? You get the picture. For sure, there's going to be helluva trouble. Well, this is what happened at the Palarong Pambansa official site on May6, 2012.
If you are just an average netizen who doesn't know much about technicalities, you might instantly get irritated. Especially, when you get an error which says something like "Resource Limit is Reached". This means that you wont be able to view anything from the page. You feel your brows knitting, then your fists clenching. A brewing agony inside of you wants to scream in belligerent manifestation. How the hell can you watch your favorite game online? The question keeps wittering inside your head.
What actually happened was both a good and bad thing. The Palarong Pambansa website, due to incessant demands from viewers, could not accommodate further incoming delegates (netizens). Overload (or more like clogging, lol) ? Yeah, that's what it is. From May 1 to May 6, 2012, the Palaro site has reached over 1,700,000 hits in the web! That means, people are really digging it, online! I remember myself trying to promote this site to all my FB friends. Sometimes it seems like no one's taking notice. Bleak and somber feelings can't be helped. Oh well, at least I did my part. Then, bam! A lady friend of mine suddenly prompts me and tells me her problem. She can't view the friggin site! You know the explanation.
Because of this, the bandwidth of the server has been doubled. Doubled! It's now operating on a 60GB Bandwidth compared to the previous frugal capacity. It can now hold more gawkers and watchers alike. And perchance the same problem flashes across your screen, don't carp. Be thankful instead that the 1st live-streamed Palarong Pambansa has been a success!

It's not uncommon to see that when an event like Pistay Dayat is just brewing near the horizon, lots of merchants are present too. After watching the Limgas na Dayat talent show, me and my two remaining companions went to feed our famished stomachs. I invoked them to go this certain eatery where they offer meals at a really affordable price with the promise of getting your tummy super saturated. This will be the 3rd time that I'm eating at this 'tapsihan'. We were so much having fun eating that I decided to take a video of our rice binging escapade! :)

Hehe. .After this, some of us were looking for comfort rooms. We had to sit for a few moments because standing on our feet became a feat. hahahaha.

On the night of April 26, 2012 me and some of my friends went to watch the Limgas na Dayat Talent Competition. I didn't quite notice the board line which mentions 'talent competition'. I thought this was the Beauty Pageant itself (i only learned later, it was not). It's my first time to enter the Lingayen Sison's Auditorium. I loved the presence of cold air inside (friggin hot like hell outside!). I think it was built to be a theatre of some sort, yeah, like a mini Colliseum.
Here are the some pictures I was able to capture: 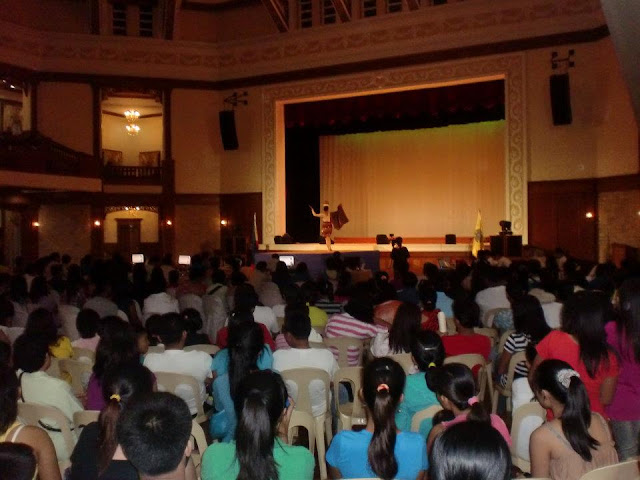 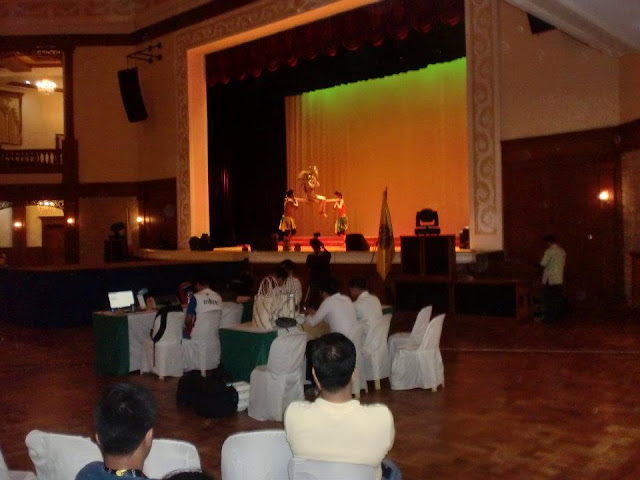 taken from a different angle. . was trying to get close to the stage as much as i can. hehe 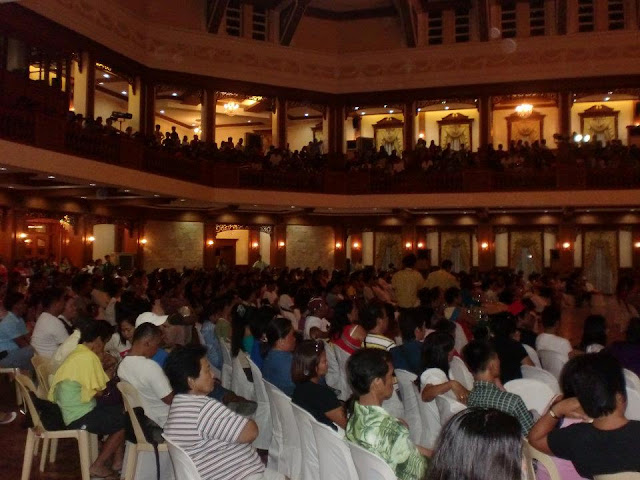 just wanted to take a picture of the crowd. ahhh, the crowd! lots of people are doing their best to pull off their own mumbo-jumbos just to catch the crowd's attention.hahaha. im one of em i guess? 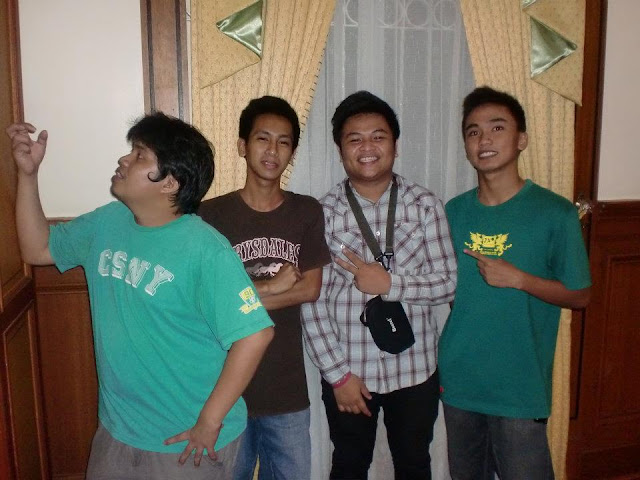 These be the handsome fellows who came with me in this venue. From left to right (Kenzee, Ralph, Kevin, Paul) just look at the smile painted upon their faces. what are they thinkin, hmm? 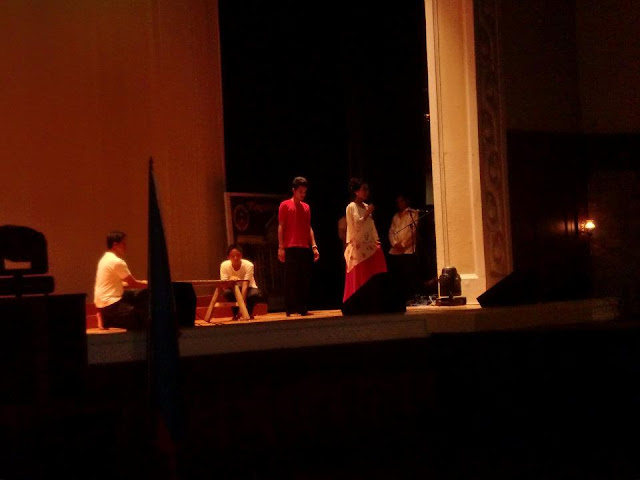 If you have no idea what's gonna happen here, the lady and her partner (wearing a red shirt) will be dancing on that bench behind where the contestant will soon be hoppin around. I forgot the name of this dance. I think it originated here in Pangasinan also. The lad fell one time. one miss... 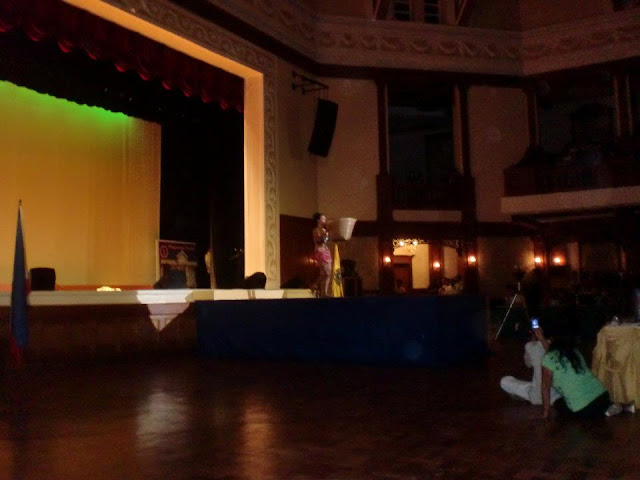 What do you call that basket dance? i dont know either. lol. here we're situated near the comfort room. 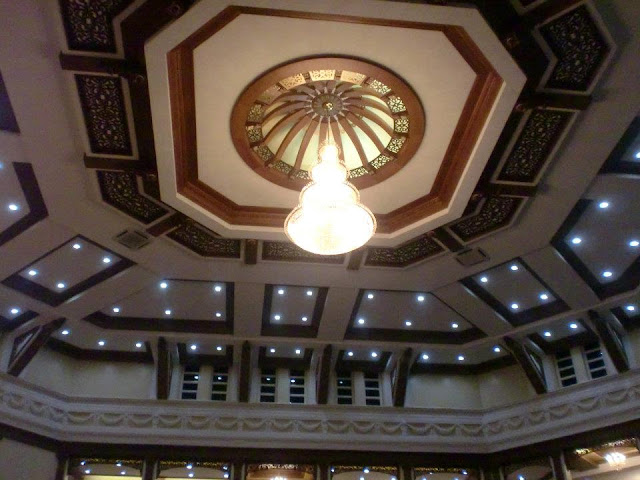 We'll be contacting Lupin the 3rd or Ocean's Eleven to move this adorable chandelier to my room.hahaha. Splendid job on the ceiling. Beautiful! 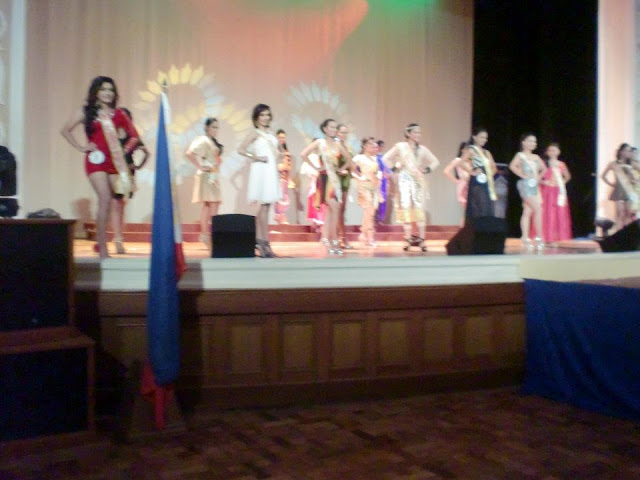 Zoom function not working? no problem. i ventured closer to the stage. apparently was in a hurry (coz there be lots of people lookin at me from behind, hahaha) daym..didnt focus enough to get a clear shot..but yeah here be the contestants..Just watch the Grand Coronation night on April 30, 2012 at the Capitol.


That would be all the pictures I can share.. I missed the belly dancers and shit. I will have to compensate for that soon..
After this show we went gallivanting around the Capitol for the rest of the evening.

It was a searing afternoon. The vehicles around me were moving at a jerking pace. Somehow in the near distance, there must be something that’s causing all this traffic . Well, it’s March 15, and today is the opening of Robinson’s Place at Calasiao, Pangasinan.

Upon setting on its territory, one would notice the incredible number of people swarming the area. We were like bees upon a honeycomb. Going past the guard at the entrance, I immediately went to look for my friends who were there to see the place also. Apparently, that was impossible because the place was filled with myriads of faces. Even the escalators were constantly full.

One of the things that delighted me was the presence of the National Bookstore inside. It’s good to know that there’s a salon where you can meet up with old friends like Shakespeare, Oscar Wilde and Harper Lee. There’s also the BOOK SALE store where they sell second hand books. I remember buying some of my collections there. Furthermore, located on the first floor is a music store (I forgot the exact name) where you can buy instruments like electric guitars, drum sets, and acoustics. I went to check some of their electric guitars and they were all quite expensive for me. HAHAHA. I guess I can only stare at them with wistful eyes, for now.

Apparently, Robinson's Place added another craze on the map for Pangasinense folks. If Dora was here, she would have another adventurous episode to spend. I'm just curious how the grand opening will be. Let's find out next month..

Here are some of the pics taken from the opening: 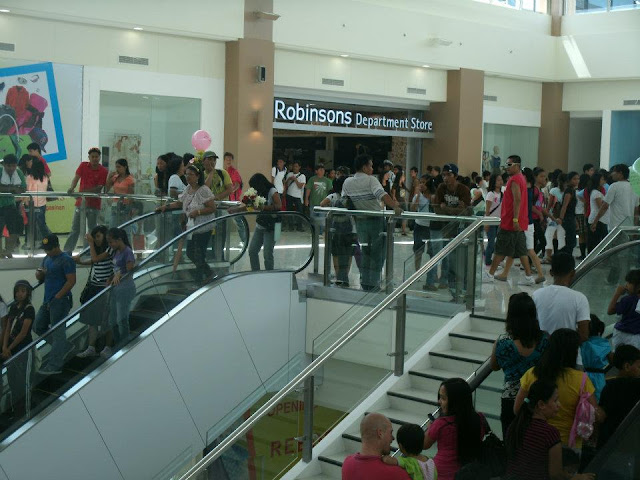 Man, this place is really swamped! :> 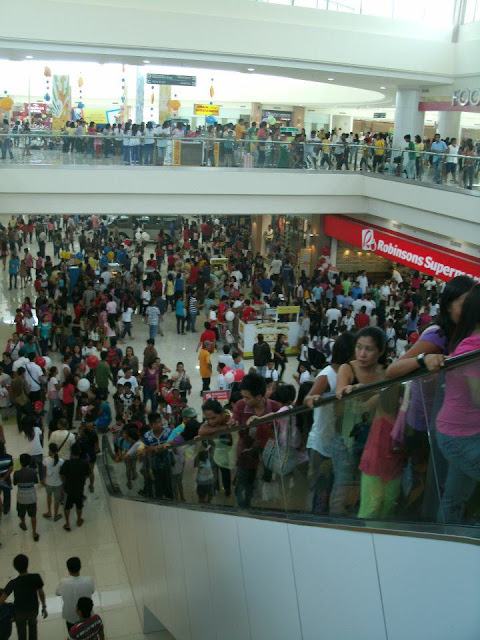 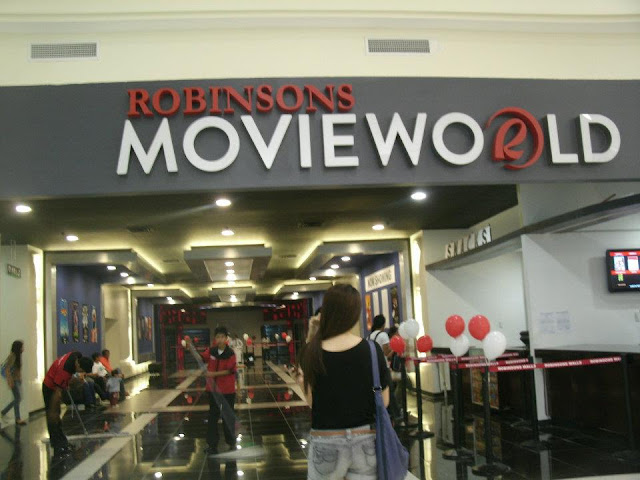 Movie goers would sure love to check this new place out! :))